What is a digital nomad?

The popular proverb “Home is where you hang your hat” can be now paraphrased into “Office is where you turn your laptop on”. A nomadic lifestyle in a digital era has become more possible than ever before (well, maybe not during the pandemic, but still). A tempting perspective of full-time travelling around the world without such limitations as holiday requests, made lots of people leave their 9 to 5 jobs and start living as digital nomads. 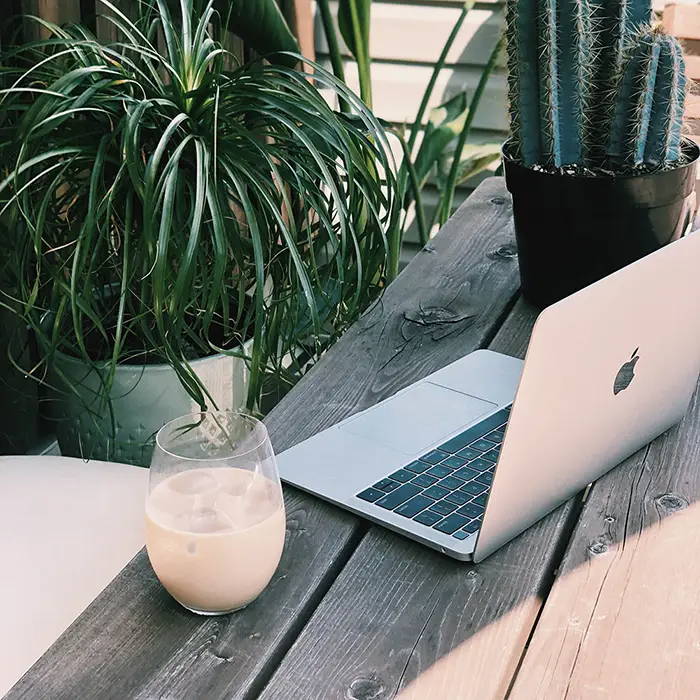 Photo by Jane Palash on Unsplash

What is a digital nomad?

Simply put, digital nomads are people who often change their place of living and use digital technologies to perform their work duties. Usually, they work on laptops in cafes, coworking spaces, public libraries, hotels, temporary houses, or short-time rentals.

In many cases, digital nomads are former corporate workers who decided to leave their comfy offices and make a living as freelancers or entrepreneurs. Since they can work from anywhere in the world (as long as they have an internet connection), this lifestyle provides an opportunity to see new places while still earning a steady income.

A nomadic lifestyle requires you to limit the number of items that you carry in your luggage which is why digital nomads are often minimalists. They move from one country to another every couple of weeks or months, with all their belongings, so they can’t possess too many things – only the absolute necessities. 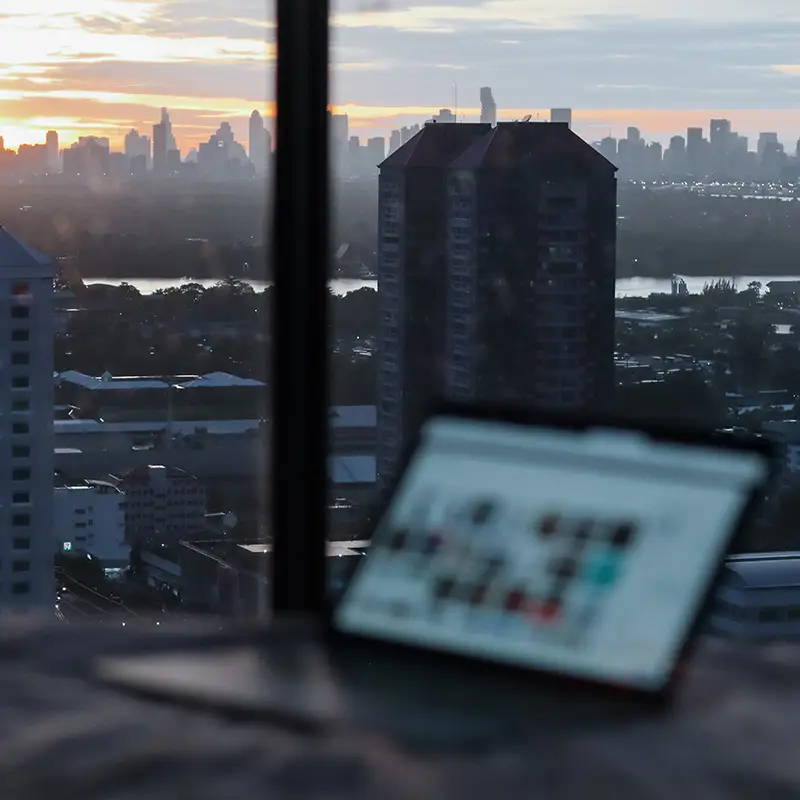 Photo by Dave Weatherall on Unsplash

Thanks to technology development, there are more and more online jobs that allow being location independent. The most popular digital nomad jobs are: 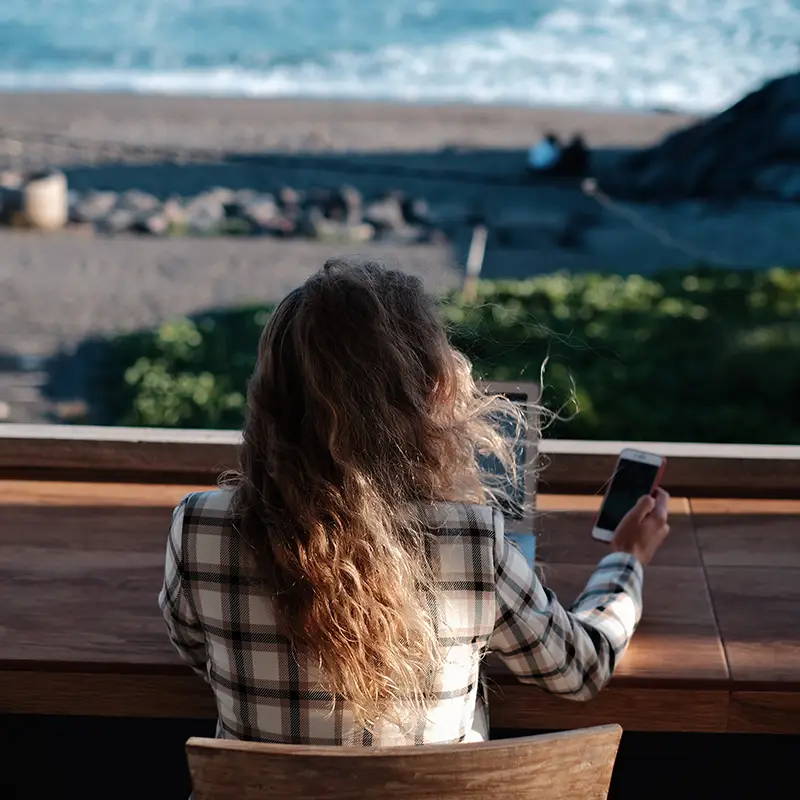 Photo by Daria Mamont on Unsplash

How did it all begin?

Although digital nomadism seems to be a pretty modern concept, it was actually predicted in the sixties by Artur C. Clarke: “almost any executive skill, any administrative skill, or even any physical skill could be made independent of distance. […] Men will no longer commute – they will communicate”, he said in BBC Horizon series in 1964.

Another person, who anticipated remote work trends, was Robert Noyce, a physicist and founder of Intel Corporation. In 1981 he claimed that people “could live wherever they pleased, without any limitations, as long as the communications and the information is available to them where they are happy to be”.

Two years later, in 1983, Steven Roberts traveled across the US on a computerized, solar-powered bicycle, staying connected with his clients and publishers. He described that journey in his book “Computing Across America”.

And finally, in 1997, the term “digital nomad” has been brought to a wider audience’s attention by the book of the same title, written by Tsugio Makimoto and David Manners. The authors described the impact of technology on our work and lifestyle, as well as the future, possibilities, and issues of digital nomadism. 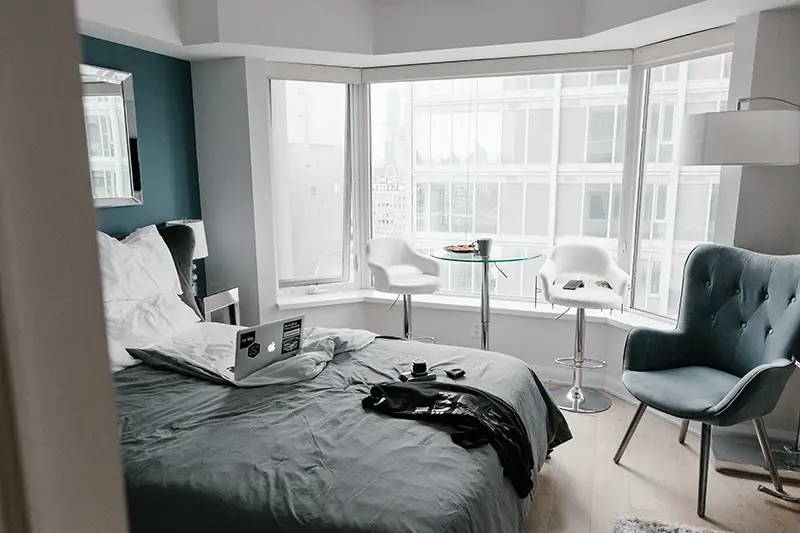 Photo by Andrew Neel on Unsplash

Pros and cons of being a digital nomad

The possibility of limitless travelling makes the nomadic lifestyle desirable for many people. However, digital nomads have to face some challenges too. Here are the main advantages and disadvantages of being a digital nomad:

As you can see, the digital nomad lifestyle has its ups and downs. It’s definitely not for everyone – although, for many individuals, it can be the best life choice. Do you want to figure out if digital nomadism is right for you? Stay tuned for our next blog posts of this series!

Continuous growth and tireless pursuit of functional solutions to fully meet our clients’ needs – these are the goals which have been part of Oakywood’s ethos from the very beginning. For the past year, we have been working on some big changes to help us reach those ...

Productivity without maintaining a work-life balance is a surefire way of getting professional burnout. Work without breaks, overload of assignments, and chronic stress cause your motivation to plummet, making even your dream job just an unpleasant necessity. To ...

Remote work in the fall according to the Oakywood team

Shorter days, cloudy skies, gloomy weather – the fall season doesn’t give us much incentive to be productive, especially working from home where the comfy couch and a cozy blanket tempt you to binge-watch a series. How can you motivate yourself to steer a...

Working in a tidy and organized area makes it much easier to stay motivated and focused on your work. This is why it’s so important to arrange your workspace in a way that promotes these conditions and puts you in a good mood. Here are some seemingly unassu...

Create a workspace that works for you

One of the biggest upsides of working remotely is being able to design your own place of work. A home office tailored to your personal needs is not only ergonomically and functionally superior but also makes work more enjoyable and comfortable. Here are som...

Remote work is an ideal solution for introverts who find the abundance of outside stimuli detrimental to their work performance. It is also a great option for those who value flexibility and prefer to base their workplace relationships on responsibility and...

‘Quiet quitting’ is a trend increasing in popularity in the post-pandemic world – despite the fact that the practice itself is nothing new. Some see it as a dangerous tendency while others aren’t concerned at all. One thing is for certain: quiet quitting is...

Why implementing a wellbeing strategy is so important?

A tired, overworked employee burdened with an excess of responsibilities and unfavourable atmosphere in the company can hardly reach peak productivity or work satisfaction but are, instead, at risk of burning out. To prevent this from happening, implementin...

Hot desking – how effective is it?

Moving towards remote work as a result of the pandemic has influenced some companies to downsize their office space or to abandon having a physical office altogether. Despite the lockdown restrictions having been eased significantly, a lot of workers have d...